I discvovered this work about ten years ago in a rather unlikely place: at 30,000 feet en route from Washington, D.C., to Austin, Texas. I usually eschew the hodgepodge Classical in-flight radio channel in favor of my own library, but I think my batteries must have gone out. I was captivated immediately by the piece’s neoclassical symmetry, its bright lines and transitions from eery, atonal dirge to buoyant, litlting dance. The particular version was from one Angela Duczmal and the Polish Amadeus Chamber Orchestra. 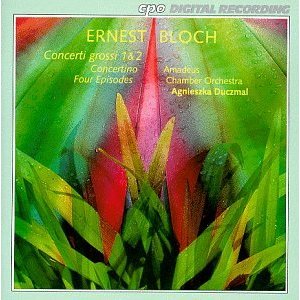 It took some time to track down the CD — I think it was already out of print 10 years ago, and it remains so today. It’s a 1994 recording, brilliantly captured with a satisfying resonance that in particular allows the piano obbligato to echo over the orchestra.

All I’d ever heard from Bloch before were the cello concertante works, which I’ve never responded to and still strike me as impossibly glum. Not so with this piece. I went on to explore other recordings, especially once made the transition to vinyl. 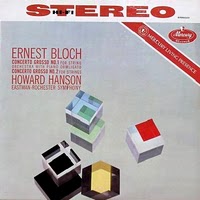 The usual pick of the critics is Howard Hanson’s early stereo version on Mercury Living Presence, and the first press often fetches $50 or so on eBay. I acquired a copy a few years ago for rather less than that at a local used record shop, and found it disappointing for both the sonics (cramped) and the performance (rigid). Especially compared to Duczmal, who seems to be positively enjoying every moment of the music making. I suppose that for some, neo-classical should imply an impersonal idiom (I’m thinking of late Stravinsky, for example) but why not give the music more life? Why not play this little piece as though it was a masterwork of the highest order? I think it was Robert Layton who wrote about the ability of some conductors to do just this (he was talking specifically about Stokowski and Tchaikovsky’s Francesca da Rimini). 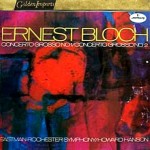 So Hanson went into the eBay pile. I later gave him a second shot when I came across the Golden Imports re-issue, some of which I’d found to have improved sonics. Not so here; as I recall it just sounded streamlined. And the performance still struck me as impersonal.

As it happens, I’ve discovered a new favorite, in keeping with my recent forays into the mono era. I recently picked up a bunch of mono LPs at a thrift shop, including the Karajan disc I last blogged about. They were all in pristene condition and play unusually well for the era.

On this occasion the new favorite is Kubelik and Chicago, on pre-Living Presence Mercury, MG-50027, recorded 1952. The Hindemith is good, but the Bloch is superb. The interpretation has all of the life and vigor of Duczmal, but with a bigger band and a decidedly more Romantic reading, the piece comes off with even more drama and, especially in the soaring finale, an unforgettable sense of exaltation. The bad news: It is unavailable on CD in the US — Naxos has issued it in the rest of the world on their historical label, which I suppose there are creative ways to obtain. There are a few copies of the original issue up on eBay for reasonable amounts, but I know from past experience that finding tolerable copies from the days of the sapphire (or metal) needle is well-nigh impossible. I lucked out here: The sound on my copy is rich, resonant, without any hint of surface noise. It appears from this Kubelik discography site that there are several later Mercury iterations, but I can’t vouch for the sound. If I were more technologically advanced, and had the equipment, I’d try to create an MP3 of this and put it on YouTube. For now, I’m blogging….and that’s more than some thought would ever happen! 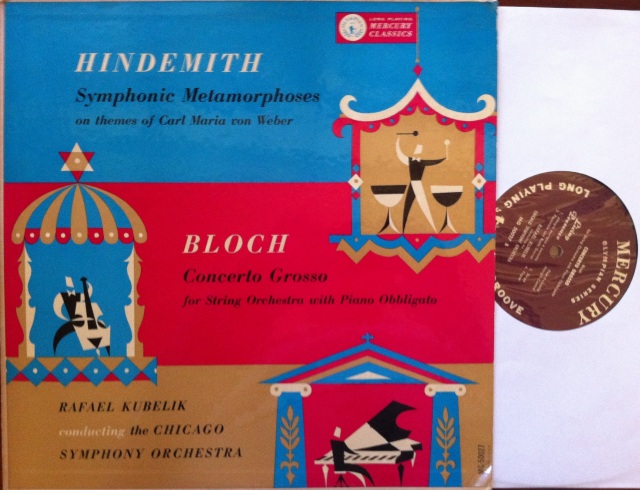 Jonathan Riehl writes and teaches communications, rhetoric, and American politics. He used to be a Republican. END_OF_DOCUMENT_TOKEN_TO_BE_REPLACED
This entry was posted on Sunday, February 13th, 2011 at 5:48 pm and tagged with Bloch, Kubelik, Mercury, Naxos and posted in Music Criticism. You can follow any responses to this entry through the RSS 2.0 feed.
« A New Favorite: The 1957 Karajan Haydn Variations
Back to Basics: Beethoven’s 5th »