Much ink has been spilled on the pros and cons of Stokowski and his long career, so I’m just offering a few notes here as I’ve been re-listening to a few of the handful of his (mostly) later records, particularly ones that show his uncanny ability to make a less-than-masterpiece sound like it was just that. For me, that’s the magician part. He was

technology to advance the art; this meant early stereo, of course, and the Fantasia Soundtrack is in actual 1939 stereo sound. As much as one hears those pieces, some of them have never really been matched — the menace of Night on Bald Mountain, the Disney-assisted jollity of the Dance of the Hours.

One can’t mention Fantasia, or indeed mention Stokowski at all, without mentioning the Back transcriptions. You love them or you hate them, and if you love them, as I do, he is the master — or at least he taught the Philadelphians how to you take the Bach organ sound and make it work for the symphonic instrument. He recorded the Toccata and Fugue many time, but nothing surpasses the 1927 original (available on a Dell’arte LP):

It’s only arguable that he was surpassed in this piece with the same orchestra, when Ormandy put it down again 50 years later (far superior to his earlier Columbia LP):

But like many showman, one criticism old the Old Magician is he didn’t know when to quit; he just came back with the same bag of tricks. And in a way he did, but it kept working — until the end. He kept going, kept recording, and often re-recording the same pieces. But at the same time, he frequently defied the naysayers. There was the rightfully famous Rhapsodies with RCA Living Stereo, but by and large he wasn’t deemed “serious” enough for Nipper in those

heady days. Too Hollywood. Well, OK…he went with it. Capitol thought he was washed up in the 1950s but he turns around gives us a stellar Shostakovich 11th, a famed Carmina Burana and Berlin Firebird — though not really to my taste as a matter of interpretation, but an (edited down) Ilya Murourometz I consider one of those less-than masterpieces than come off sounding like one; my copy is a UK Capitol, which can be

highly unreliable in their sound because of where the actual masters were kept; I had a Planets on UK Capitol that sounded like it was being played through a tin can compared to the US version. But when you get a good, clean Capitol from those golden years of ’58 and ’59 the sonic results are just stellar, and the players knew they had a living legend standing in front of them. And then there was a bunch of French repertoire, the wonderful Debussy record of which is my favorite. And plenty of others, though maybe a little less memorable.

And then comes along the upstart Everest label, not as fancy or well-funded as Mercury, and he does it again. The Shostakovich 5 that knocks your socks off. The Francesca da Rimini and Hamlet that again make second-rate

compositions come off like masterpieces. He never lost the magic. And this was all in the 1950s. The Everests were all issued on CD in the early ’90s and are harder to come by than the vinyl in some cases.

And the energizer bunny kept going into the 1960s. And then his Indian summer in London gave us a bevy of Phase 4’s, finely recorded and including the best Scheherezade since possibly his own 1927 rendition, miraculously restored Stokowski.org transfers from the 78s, as well some more unknown masterpieces including — of all things — a Khachaturian 11th (the only one ever recorded?) that is positively stellar. 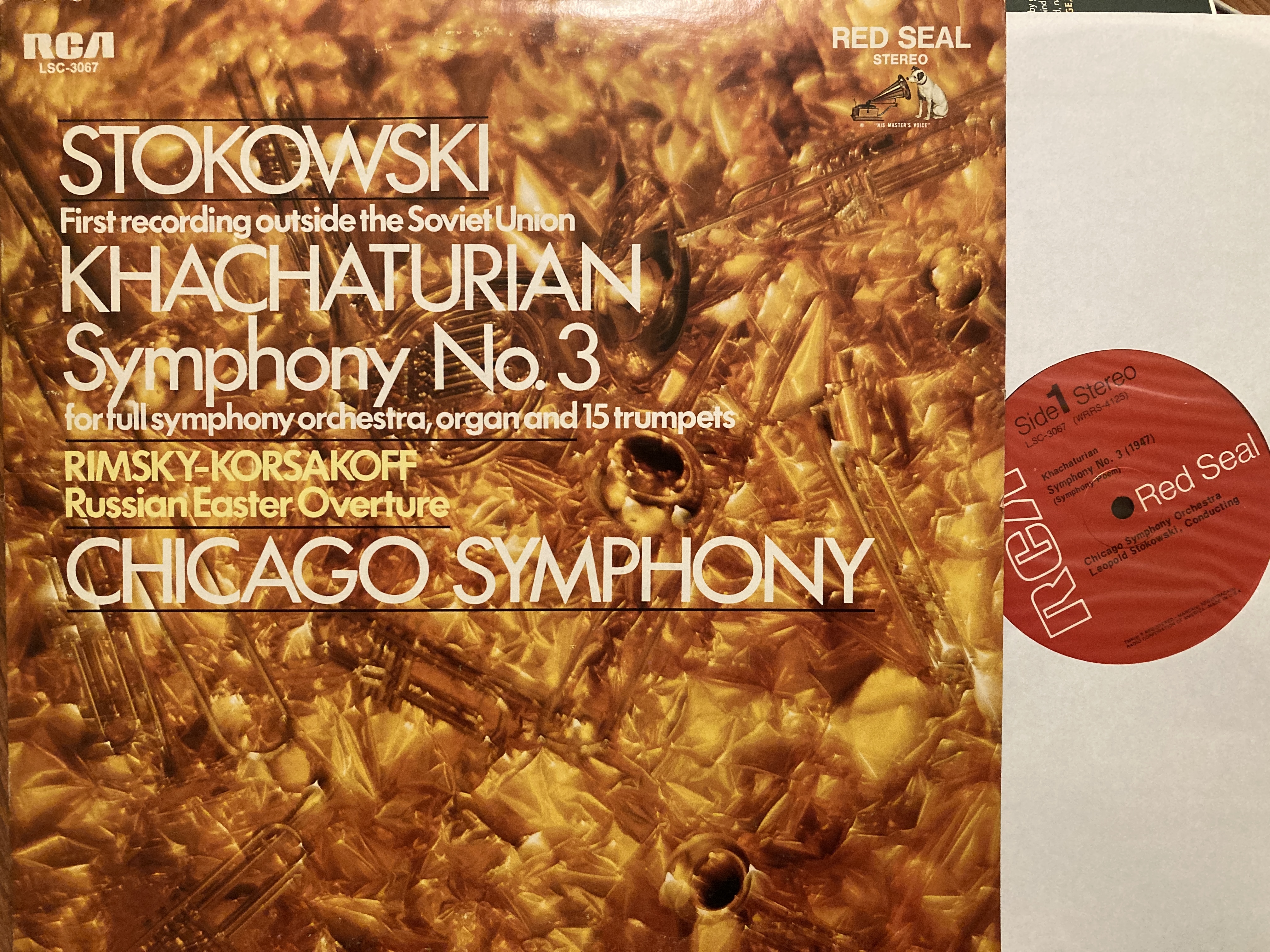 15 trumpets, yes. And that wasn’t a Stoki embellishment! A Mahler

Second that is on par with Bernstein’s final NYPO record in its vastness of scope, grandiosity, and revelatory power. Both are available on CD, although you have to either find an old issue or spring for a newer box set, or in the (deserved) case of the Mahler, an SACD.

And sure, some weird stuff, too — he has a Brahms 4th from this period that seriously leaves one wondering if he was off his meds. The tempi are bonkers. After all, he was getting really, really old.

But until his dying day, he literally kept at it. His last record for CBS, from 1976 (at age 94!), is a delight. The Bizet Symphony is on par with Ansermet for sheer joie de vivre.